the wrath of Taal

Last weekend may well go down as the wildest of our Manila tour. On Saturday, we welcomed S’s parents and aunt to the Philippines. It was a beautiful, sunny day. On Sunday, the sky went dark. Taal Volcano, located 37 miles away from Manila, erupted for the first time in 43 years, triggering hundreds of volcanic earthquakes, spawning a lightning storm inside its 10-mile-high ash column, and blanketing the capital and a good part of the country’s north with volcanic debris.

All things considered, we feel incredibly fortunate. The volcano, which we hiked just a few months ago, is on an island far enough away that it posed no immediate danger to us. We had some ash fall in Manila, which resulted in school and airport closures, but no lasting damage. The communities immediately surrounding Taal, on the other hand, have suffered tremendously. The eruption has already caused tens of millions of dollars worth of agricultural damage, and those living in the 10-mile danger zone around the volcano were forced to evacuate. There is no timeline for their return, as the volcano remains on high alert. 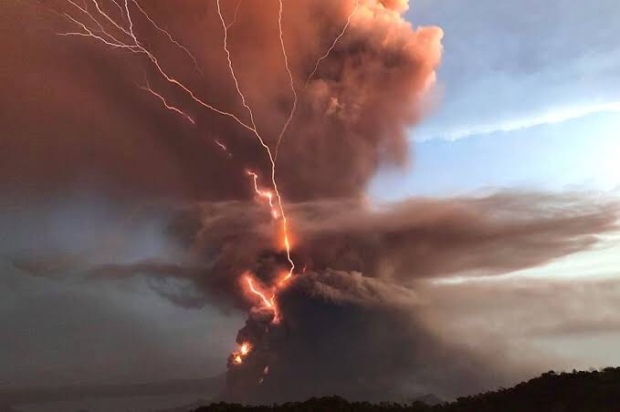 The ash fall in Manila reminded D of his narrow escape from Tungurahua in Ecuador a decade and a half ago. That eruption was not as powerful as the one that rocked the Philippines this week, but D felt it much more acutely because he and his friends had been staying in a backpacker hot spot in the volcano’s foothills when it began. They were forced to evacuate a little before midnight. Tungurahua glowed an angry red as it shot plumes of lava into the pitch-black sky. D negotiated a ride out of the village atop a fruit truck. Rocks rained down from the sky until the truck made its way to the safety of a nearby mountain pass.

We are thankful for our safety and good fortune; we also lucked out with the timing of our family’s visit. Had the volcano erupted a day earlier, S’s parents would not have landed in Manila. A day or two in the other direction, and we would have missed the outbound flights for our planned trip together. The airport was closed Sunday and part of Monday, and it took a couple of days for the airlines to scrub the planes and resume normal operations. Continued delays on some routes notwithstanding, S’s parents caught their flight Wednesday morning, and we joined them the following evening for a brief getaway to one of the Philippines’ premier beach destinations.

Note: The photos are not ours. We borrowed the images from various news sites.