Sprawling across parts of Wyoming, Idaho, and Montana, not only is Yellowstone America’s oldest National Park, but it is also the only one in the continental United States whose establishment predates that of the states where it is located. Yellowstone’s National Park status dates back to 1872. Montana wasn’t admitted into the Union until 1889, and Idaho and Wyoming the year after. 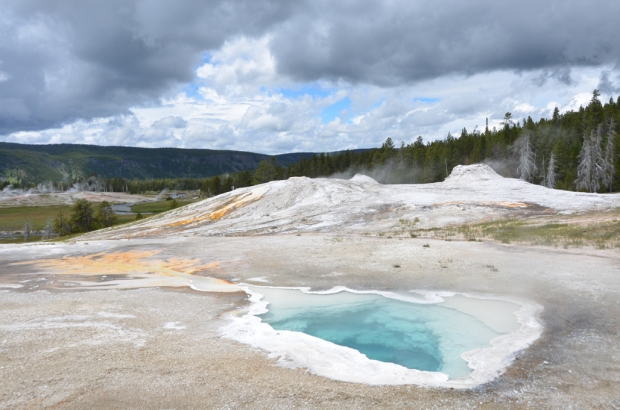 Encompassing an expansive network of geysers, hot springs, and mud pots, as well as waterfalls, mountains, and a stunningly beautiful canyon, Yellowstone offers endless possibilities for exploration. It is also organized in such a way that it is possible to hit a good number of the park’s highlights in one long day, which is exactly what we set out to do. 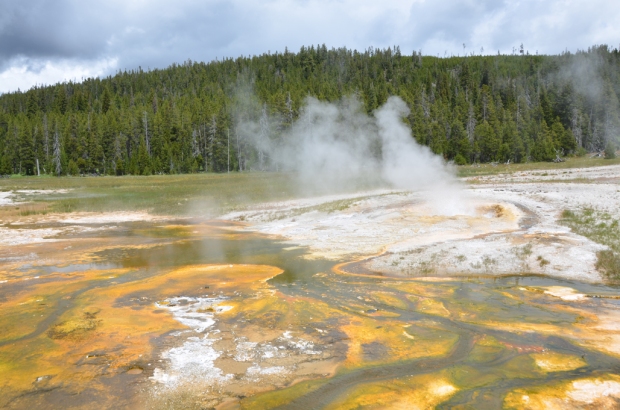 From Salt Lake City, we had driven to the northwest-most corner of Idaho, setting up camp in the tiny town of Victor, just on the other side of Teton Pass from the Grand Teton National Park. Summer is, naturally, the busiest season for this oft-visited part of the United States. This means not only that the crowds are fierce, but also that affordable lodging is difficult to find, especially given how late we were in confirming our itinerary and booking accommodations. 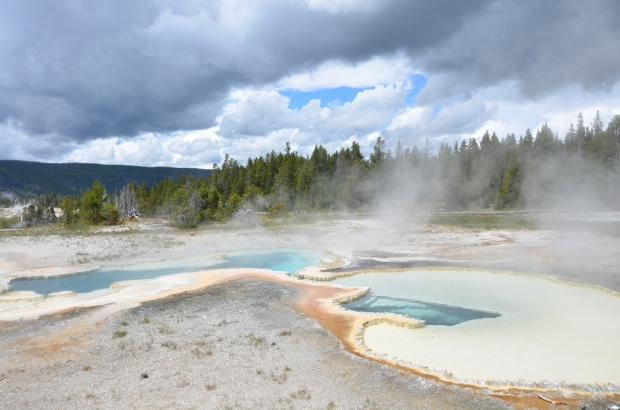 Victor, ID – thirty minutes from Jackson Hole – seemed to offer the best price-to-distance ratio. It did mean that the drive to Yellowstone took a couple of hours, but we reasoned – correctly – that it wouldn’t be too painful if we timed it to coincide with Junebug’s nap. We arrived at Old Faithful – the park’s most famous attraction – just as the massive geyser was set to blow. There seemed to be about as many visitors crowding on the platforms to await the eruption as there were trees in the forest surrounding the scorched smoky hills around the Old Faithful Inn. 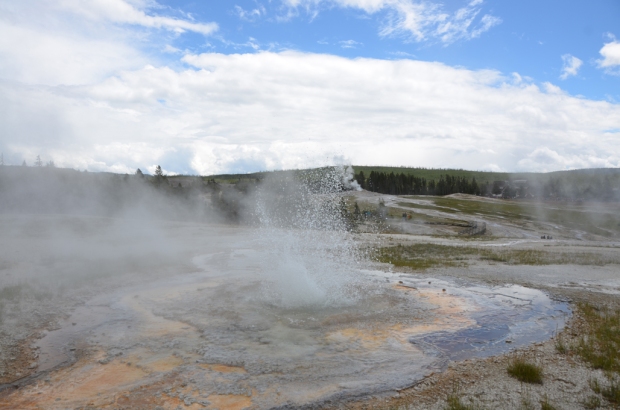 We watched Old Faithful send a massive spray of boiling water and steam into the air and then walked around the nearby geyser basin, marveling at the sheer variety and otherworldly beauty of the park’s many geothermal formations. Old Faithful, which erupts roughly every 90 minutes, was primed to blow again by the time we turned back so we watched it a second time – this time from a distance – before moving on. 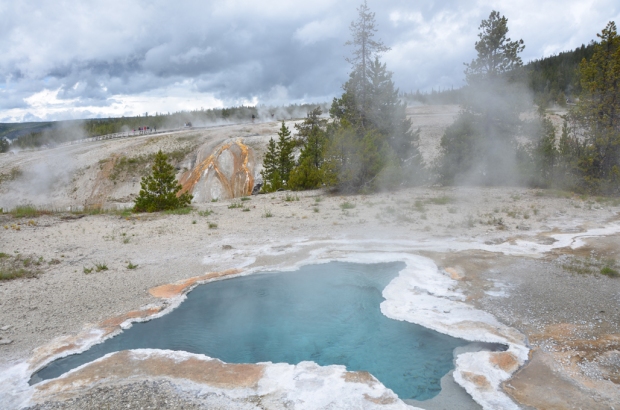 We had chosen to visit Yellowstone before even setting foot in the Tetons, despite having to drive through them, for two reasons. First, we knew we’d need the full day so we timed the trip on the only day when there were no World Cup games. The rest of our stay in Victor, D started each day by watching one of the quarterfinal matches before going hiking. Second, the forecast promised scattered rainstorms and we figured driving around Yellowstone in suboptimal weather would still be preferable to getting caught in the rain while out on a trail in the Tetons. 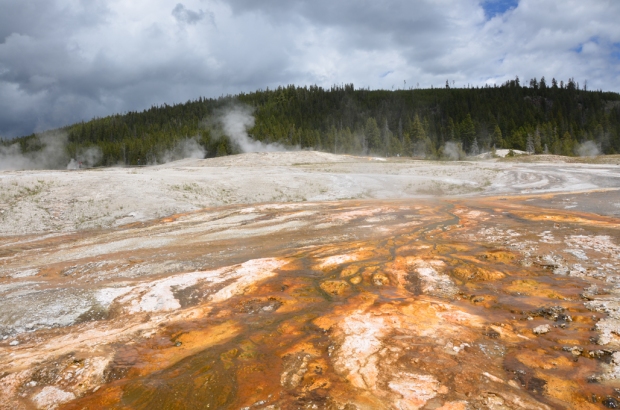 All things considered, we lucked out with the weather. We drove through an apocalyptically dark forest en route to Old Faithful, the gray gloom accentuated by rain and hail, but the rainclouds cleared by the time we arrived at Old Faithful, and the sun peaked through during our walk around the geyser basin. Unfortunately the clouds closed in again and raindrops returned when we hiked up to a lookout point above the Grand Prismatic Spring. As a result, one of the park’s most vibrant and best-known hot springs looked a bit dull and colorless, and our photos from this magnificent pool are not even worth sharing. 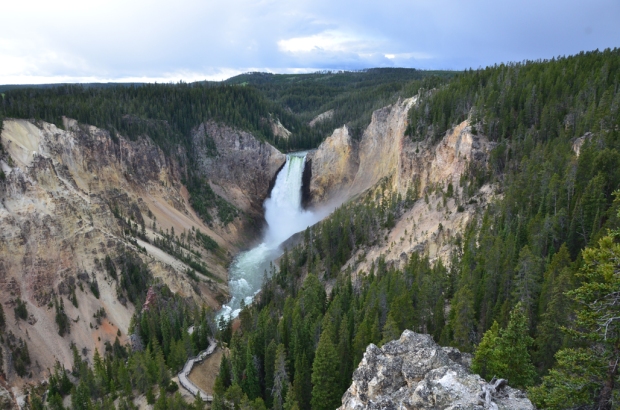 Next we made our way to Canyon Village, making quick stops at the half a dozen vista points overlooking the Upper and Lower falls of the Grand Canyon of the Yellowstone. By this point Junebug and Munchkin both had passed out from exhaustion, meaning that we wound up taking turns hiking out to the lookout points while one of us stayed in the car with the snoozing children. 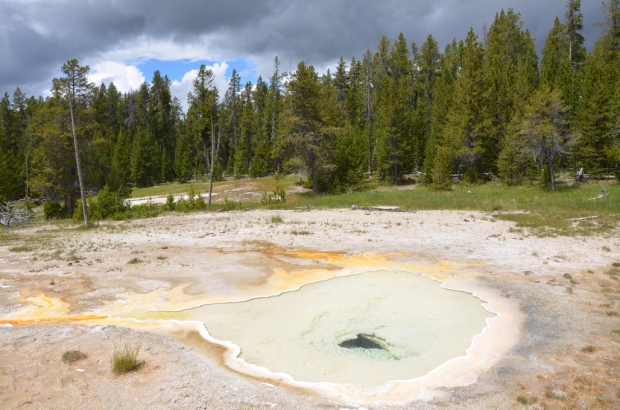 By the time we had completed the park’s central loop and pointed the car back toward Jackson, we were sure of two things: we had gotten a good taste of Yellowstone and we definitely need to return to truly do the park justice.