“For a better marriage, act like a single person,” wrote Stephanie Coontz in a recent pre-Valentine’s Day op-ed in the NY Times. She went on to cite several interesting studies measuring couples’ happiness, which seemed to point to a measurable – and positive – difference in the happiness levels of couples that maintained their pre-marriage hobbies compared to those who devoted themselves exclusively to family. Intuitively, this makes sense. We love our kids, but they can also be too much, and if we didn’t have outlets – yoga, poker, Ultimate Frisbee – we’d drive ourselves nuts. 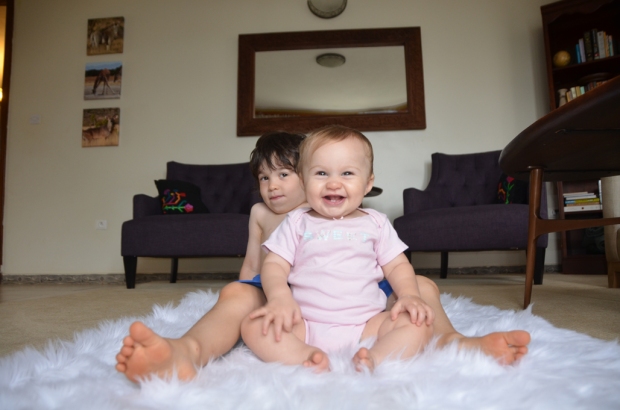 One hobby, which we both enjoy and for which there never seems to be enough time or energy is reading. D, for example, has made the same New Year’s resolution each of the last four years – to read one book per month. Of course, it never quite works out that way. Instead, he’ll binge-read – while on vacation, or if he is traveling for work, or when S takes a solo trip with the kids – and then go months without picking up a book.

Last year during one such spate, which preceded Junebug’s birth, a friend recommended several Pulitzer-winning novels. Another friend seconded the recommendations, telling D that he was making his way through the list of Pulitzer fiction winners, which struck D as a great goal to set also for himself – both because it is doable and because the list keeps slowly growing, adding a great work of American fiction almost every year. [There have been 11 years since the Pulitzers were first awarded in 1917 when no award was given for fiction, including the prize’s inaugural year.]

Just looking at the list is enough to pique one’s curiosity. D has already read more than half of the winning novels published this century, for example, but very few from the previous century. Three authors have won the award twice (John Updike, William Faulkner, and Booth Tarkington), which reminded D that he had been meaning to read Updike’s Rabbit series for a long time. D was also struck by how few of the past winners have stood the test of time. Whereas To Kill a Mockingbird and The Old Man and the Sea are titles that most anybody would recognize, many of last century’s winners are not exactly household names.

Of the 16 Pulitzer winners D has read, he loved ten, enjoyed two, felt so-so about three, and loathed one – a rather small sample size, but a pretty encouraging ratio nonetheless. In 1980, the Pulitzer committee started announcing three finalists before selecting a winner, and the runner-up books are also worth checking out. The Poisonwood Bible, for example, was every bit as compelling as The Hours, which won the 1999 honors, and D found The Corrections considerably more engrossing than 2002’s winner, Empire Falls.

Below is the list of the 90 past winners; we’ll also add a page with reviews for the ones we’ve read (D’s list is bolded below), which we’ll update periodically. More than anything, D hopes that putting this self-commitment in writing will spur him to action. He hasn’t read anything since finishing The Known World in January, but just writing this post got him to pick up a book again (American Pastoral, which will clearly require multiple readings to do the novel justice).

Tags: baby, family, friends, fun and games, kids, literature, parenthood, photography, siblings, thoughts
From: Life
← day-tripping in the kingdom in the sky
standing on top of the world →
3 Comments Post a comment