not so little anymore

The biggest downside to D’s most recent South Africa trip was that he was away for Munchkin’s fourth birthday. D made it back for the party, but could not accompany the little man to school to mark his special day with his classmates. The little man, meanwhile, has quietly grown up quite a bit – especially over the last several months.

It’s incredible how quickly we put bad experiences in the rear view mirror and scrub pain and suffering from our consciousness. Developmentally, Munchkin seemed to turn a corner when we went to South Africa for R&R, dropping many of the most dreadful habits that had characterized his “threenagerhood” and made life supremely unpleasant for the better part of the previous year. As soon as Munchkin’s behavior changed for the better, we wiped those recollections from our memories; thinking on those rough times now makes us shudder and thank our lucky stars that those days are behind us. 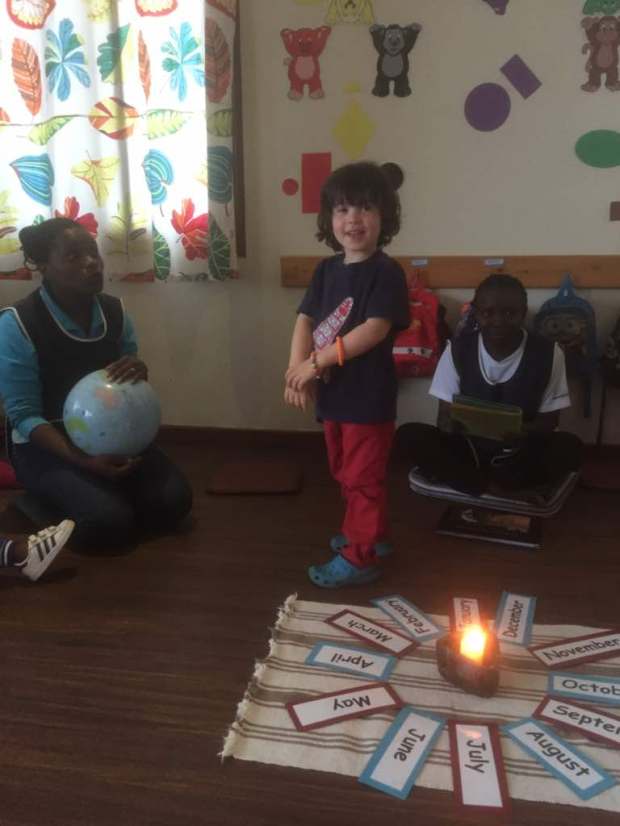 The most immediately noticeable change has been in Munchkin’s sleeping habits. Even before the baby arrived last summer, rare was the night when he did not rouse us from our sleep at some unholy hour. And with Junebug’s birth, this tendency appeared to intensify. For ten months or so, beginning roughly around Munchkin’s third birthday, we were up at least once – and frequently several times – a night: to give Munchkin food or water, read him an extra bedtime story, turn on bed lights, and tuck him in. Sometimes these interventions lasted only a few minutes; not infrequently at least one of us would be up for several hours in the dead of night….

…And then a switch flipped somewhere in his brain. It’s not that he stopped getting up in the middle of the night – he still does that from time to time; it’s that these occasions have become much fewer and farther between and, more often than not, he seems to be content to simply crawl into our bed and resume his sleep. And whereas before he would usually be up for the day around dawn, now he not infrequently sleeps through our alarms and we wind up dressing him for school while he is still clinging to his dream-world. The positive effect of the extra sleep on our dispositions cannot be overstated.

Gone also are the incessant whining and frequent tantrums that characterized Munchkin’s third revolution around the sun. That’s not to say that he is now completely tantrum-free, but almost – and the contrast with even a few months ago, when he would flare up multiple times per day, could not be more dramatic. Nowadays when he is upset, Munchkin grows quietly sullen and informs us that we are no longer his best friends, or that whichever one of us has fallen out of favor will no longer be allowed to drop him off at school or read him bedtime stories – threats that break our hearts just a tiny bit even as we stifle our smiles at their precocious absurdity. 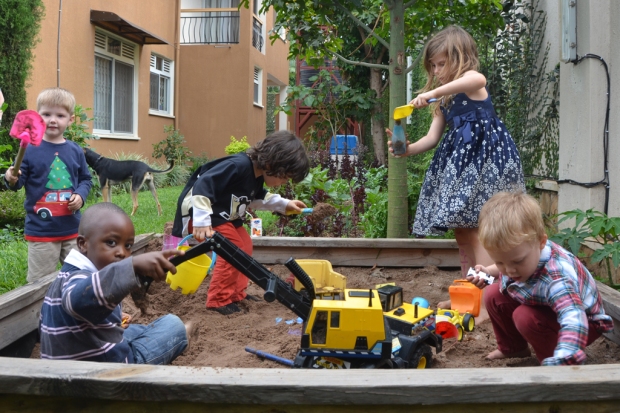 The one sad aspect of Munchkin’s recent developmental leap – at least for D – is that Russian has pretty much fallen by the wayside as a result of Munchkin’s relentlessly expanding curiosity. For nearly four years, D doggedly spoke to Munchkin almost exclusively in his mother tongue. Now that the Munch asks myriad complex questions about everything under the sun, D realized that he faced a choice: either continue to speak in Russian, utilizing increasingly complex vocabulary Munchkin would not understand or provide the intellectual engagement the little man is clearly craving in English. D chose the latter. 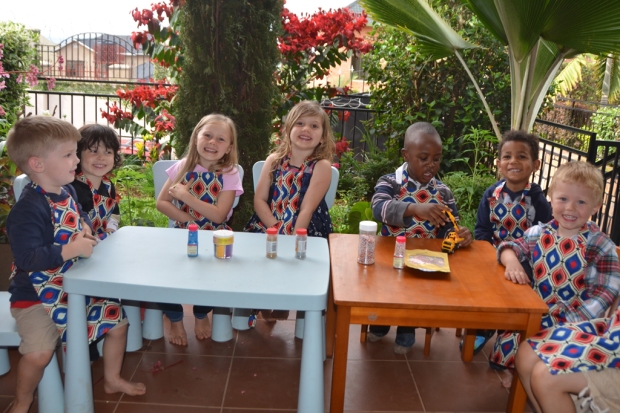 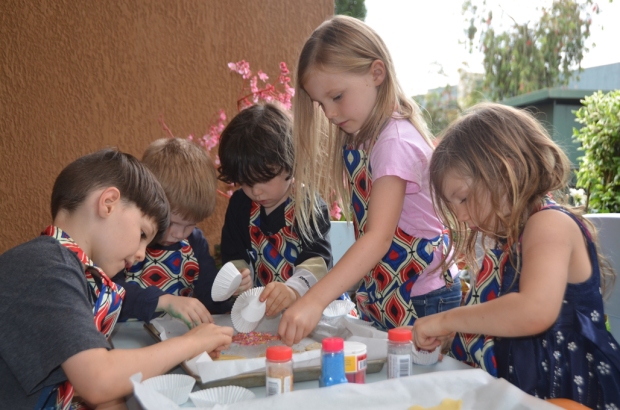 As for the birthday party, it was a wild affair – quite possibly the rowdiest party we’ve thrown during our year-and-a-half in Kigali. S set up a cookie-making station, and there were at least twice as many sprinkles decorating our deck the following morning as had made it onto the cookies themselves. Almost every child in attendance cried at one point or another, but talking with their parents afterwards it seems that a great time was had by all. 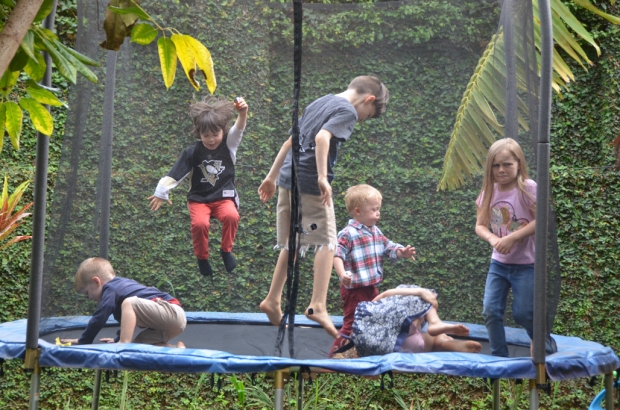