Today, we were invited to make a brief presentation of our immersion experiences to the French department at FSI. We showed a short photo montage, played a funny video clip, cracked a few jokes, and answered a handful of questions. It’s unclear how much the roomful of instructors got from our presentation, but then again — how does one cram two weeks’ worth of experiences into five minutes? 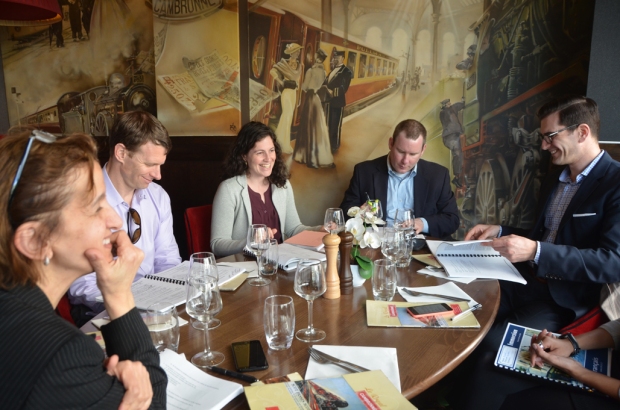 A few minor setbacks and some unmet, unrealistic expectations notwithstanding, it is fair to say that the trip was overwhelmingly positive. While it is difficult to measure the extent to which our spoken French improved over the course of two short weeks, there is no doubt that our listening comprehension improved considerably. It was like having a switch flipped somewhere in the deep recesses of our brains. Instead of concentrating to understand, after a week or so we felt that we could just let French speech wash over us and we would get it without having to work at understanding it. 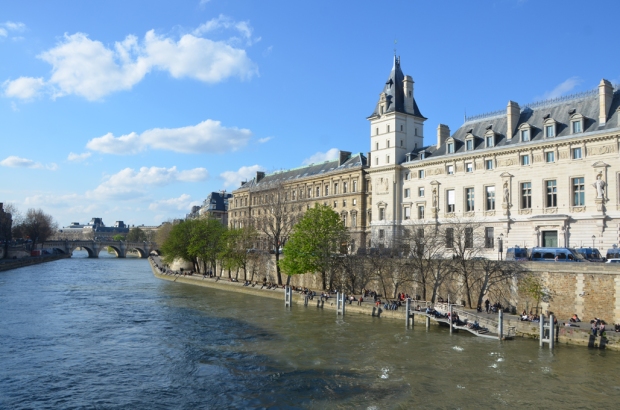 Before setting off for Paris, we held a series of planning meetings to determine our agenda. Our instructor sought to get us involved in organizing our own logistics so that the itinerary featured events that would be interesting to us. The variety of the meetings we had as a result was a good reflection of the diverse interests of our group. In addition to other meetings, we discussed the security situation in Paris, met with the honorary president of the Human Rights League (which was founded at the end of the 19th century to defend Alfred Dreyfus), took a cooking class, went on a guided tour of Versailles, and even received an etiquette class from a baroness. 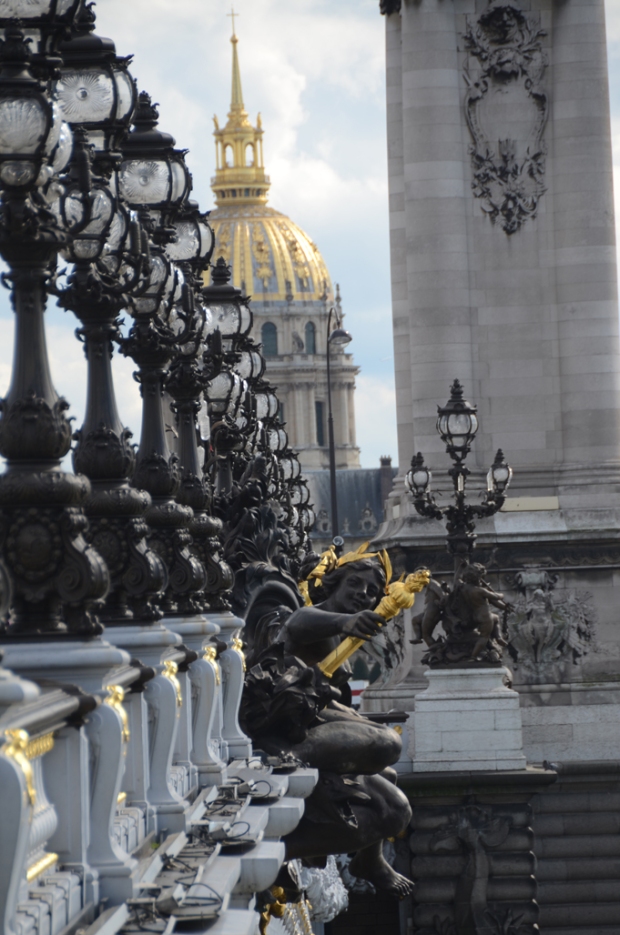 We were still responsible for covering two weeks’ worth of our syllabus, so our instructor arranged a room at the World Bank for us to use for our formal classes. We never set foot in it. On paper, we were to meet at a cafe each morning for a group breakfast, spend our mornings in meetings, and then go to the World Bank for four hours of class after lunch. In practice, this would have entailed hours of lost time spent on the metro. To her credit, our instructor proved flexible, so most days we simply had class at a cafe after our meetings. 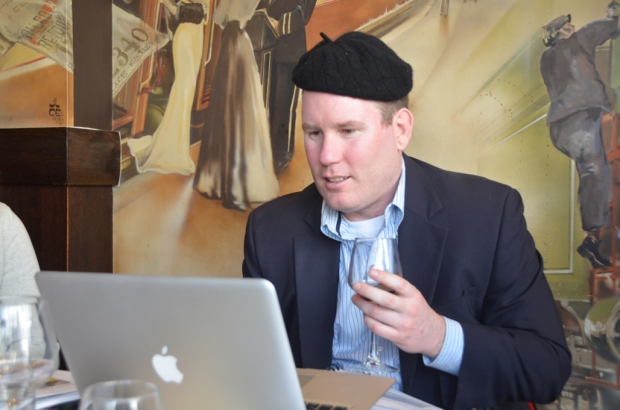 FSI set up a Skype date with us to find out how we were getting along. 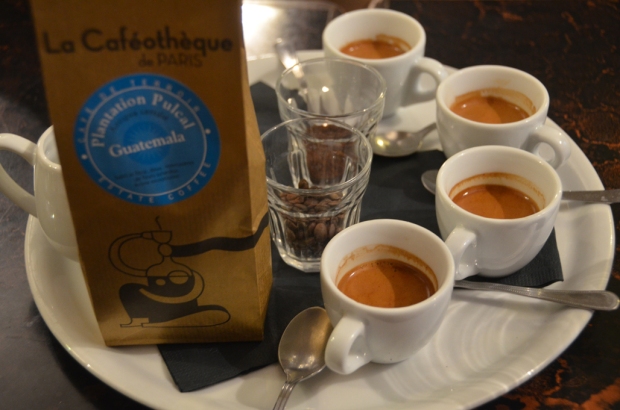 One of the advantages of our varied agenda is that pretty much all of our scheduled meetings and activities were in different Parisian neighborhoods. As a result, we wound up criss-crossing the entire city and getting to know it quite a lot better than we would have had we simply held class in the same location every day. As a result of the state of emergency, a number of our planned meetings fell off the schedule, but even though our itinerary was constantly in flux, we still managed to have substantive activities most days. 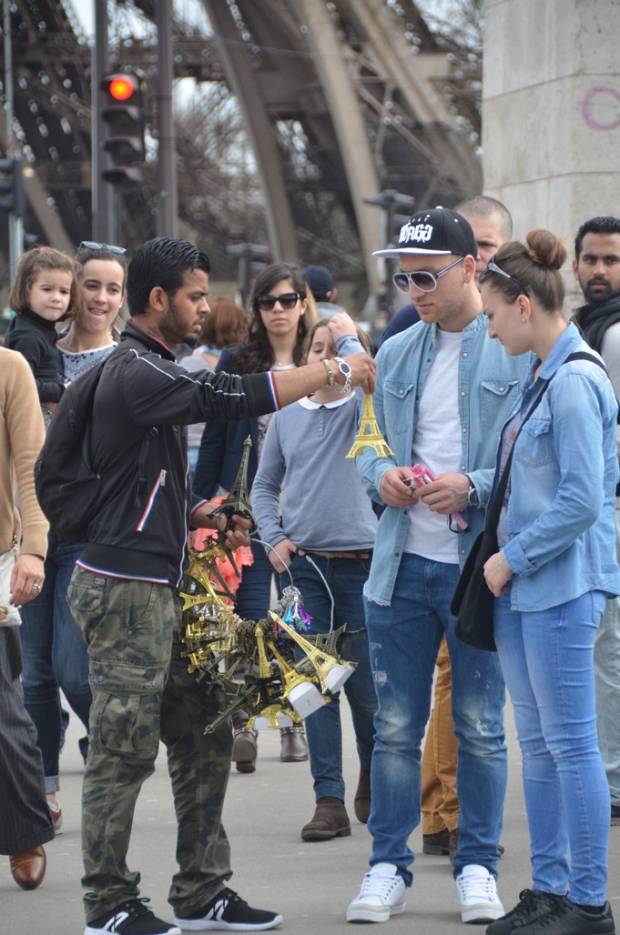 Sensitive to our desire to actually see Paris rather than contenting ourselves with simply being there, our instructor typically ended formal activities between 3-4pm, which allowed us plenty of times to stroll around the city, visit museums, catch up with friends, and enjoy the Parisian nightlife. And while our planned activities helped, it is actually during our free time that we felt we got the most out of this language immersion. We stayed with a French family, went to the theater, attended a film festival, and went out with friends who only spoke to us in French. Although we lacked the discipline to speak only French among ourselves — we tried, but reverted to English after a couple of days — everything else about this trip felt completely immersive. 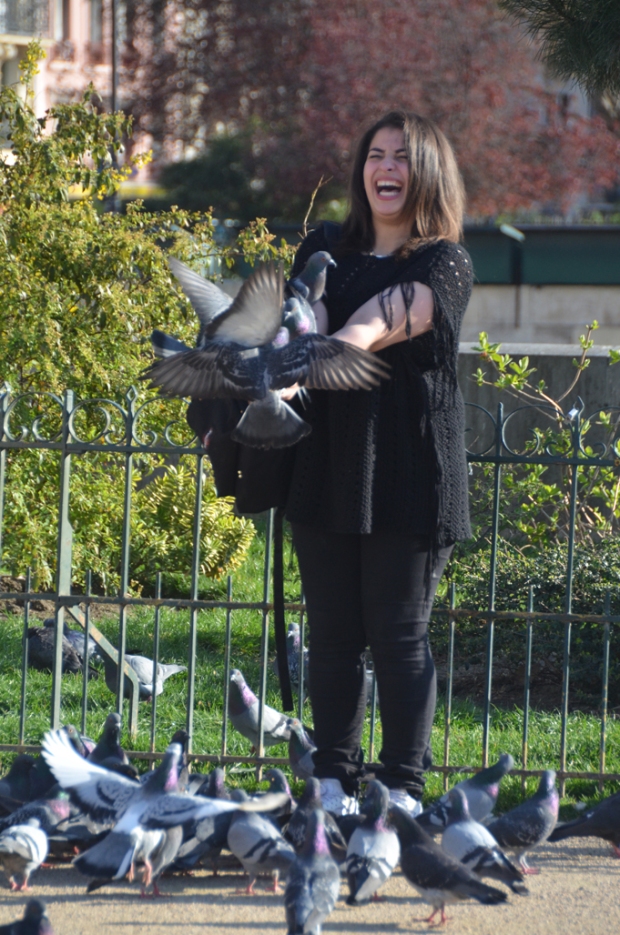