There is a great scene in the director’s cut of Pulp Fiction that did not make it to the big screen when the film premiered in the United States. At her apartment, Uma Thurman greets John Travolta with a small hand-held camera and proceeds to interview him before they go out to dinner and dance that memorable twist routine. In an interview, Quentin Tarantino said that he omitted the scene not because he didn’t like it — on the contrary, it sheds light on some subsequent dialogue that otherwise has no context — but rather because there were too many other movies in the early 90’s that featured similar on-camera, confession-style interviews. He did not want to be part of a fad, even if he had thought up the idea first, so he axed the scene. 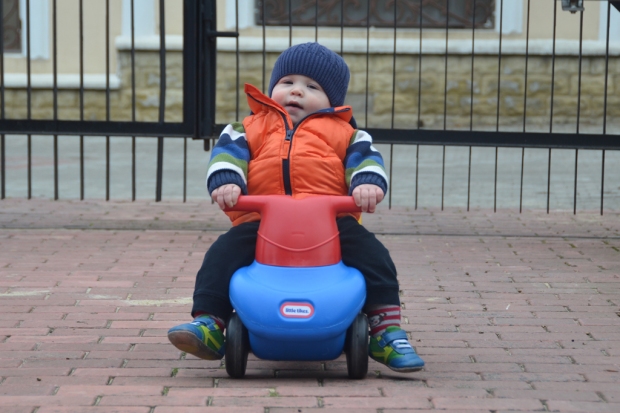 We cannot claim Tarantino’s obsession with uniqueness. Even so, witnessing the deluge of “it’s been a great year” montages that recently inundated social media gave us pause about compiling our own annual year-in-review photo post. Thankfully, the internet has a short half-life, and enough time has elapsed that this post no longer feels so overwhelmingly cliched.

2014 was not quite as all over the map as the previous year, though we still spent quite a lot of it on the road. In addition to Moldova and the United States, we visited seven other countries.

Shortly after celebrating the New Year in Chisinau, S returned home to Maine to prepare for Munchkin’s arrival. D had made grand plans for his three weeks of bachelorhood, but broke his thumb skiing in Ukraine, and then wound up getting snowed in by two weeks of unrelenting blizzards in Chisinau.

We traded Moldova’s cold winter for equally frigid temperatures on the other side of the Atlantic. Though we have spent considerable time in America’s northerly states, two years on the equator had been enough to make us ill-accustomed to winter, beautiful though it is.

Somewhat reluctantly, but still a little ahead of schedule, Munchkin was born at the end of February, bringing much joy and just as many new challenges to our life. March passed in a sleepless state of wonder and euphoria that only new parents know. 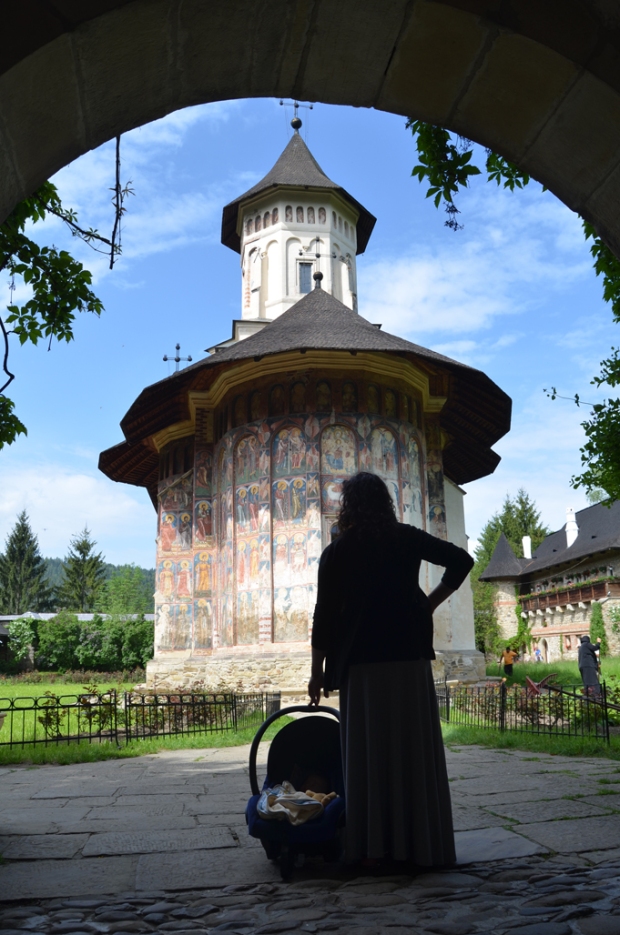 D returned to Moldova at the beginning of April, and S followed suit with Munchkin a few weeks later. Though our life now revolves around our little man, we tried to hang on to our prior interests, our passion for travel being high on the list. In May and June we made two successive trips to Romania.

And in August, we embarked on a three-week tour of the Balkans, during which we took Munchkin swimming, caving, and hiking. We followed that up with a trip to Bulgaria in October to play in an Ultimate frisbee tournament, and rounded out our travels with a long Thanksgiving weekend in Istanbul.

With the birth of our first child and a few important professional developments, 2014 was really good to us. We’re excited to see what 2015 will bring.