We spent our first Thanksgiving in Africa climbing Mt. Kilimanjaro. It wasn’t the best season to go. In fact, it rained almost every day of our ascent and snowed on the days when it didn’t. However, November was when we had the time off to make the trip and we are glad we did not pass up the opportunity. Similarly, when D’s friend told us that November was not the best time to visit him in Vienna, we simply shrugged and booked the tickets anyway. Even more so than in Africa, there is really only one season for European travel, and there are too many places we want to visit to sit around waiting for the warm weather to return.

Although we realize we did not get to experience Vienna in all its summer glory, it nevertheless proved a fantastic destination for winter travel. D’s friend had compiled a list of things for us to do, but they largely involved sampling various authentic Viennese foods and visiting several of the city’s many famous cafes — activities that kept us out of the inclement weather for much of the time. There was the horse-meat “liver cheese,” which was much tastier than it sounds, and cheese-filled sausages, pancake soup, and thick goulash, and of course the famous Viennese apple strudel and various other sweets.

As with our prior trips this year, S sought to use the opportunity of visiting a European metropolis to get her fill of ethnic food, the options for which are limited in Chisinau. Unfortunately, Vienna is a bit of a village by European metropolis standards, and our results were mixed. The Turkish food was good, though it was prepared with a distinct Austrian flavor, and the Indian restaurant where we had our last dinner also passed S’s authenticity test. The Mexican food, however, left quite a lot to be desired, which was to be expected given how few Mexicans call Austria home. 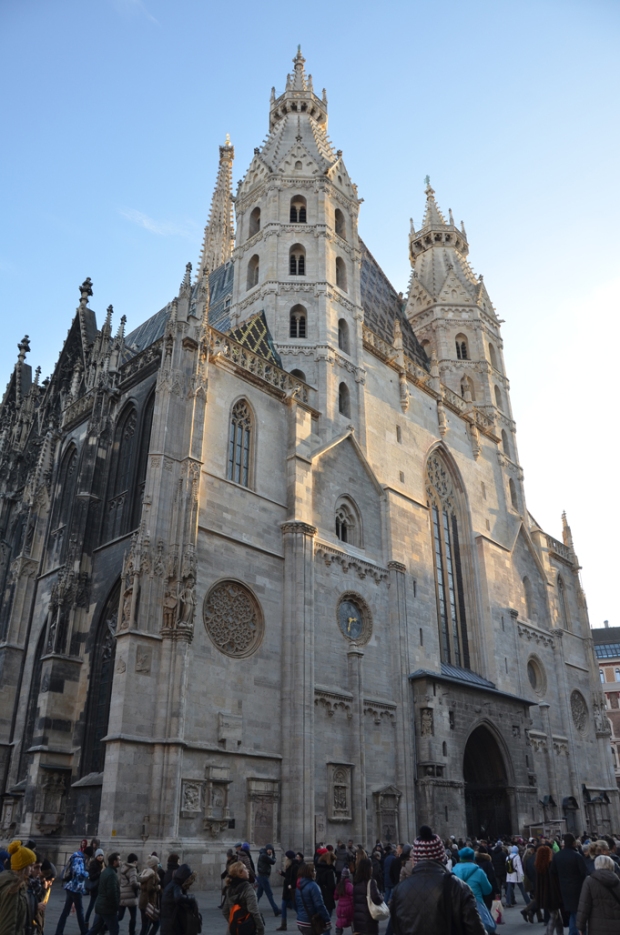 Vienna’s other big draw is its incredible number of museums. It is easy to overdose on art, so we tried to limit ourselves to one museum each day. Our first stop was the Belvedere — a baroque palace built by the Hapsburgs that now houses Vienna’s finest collection of Art Nouveau masterpieces, including Klimt’s famous lovers. We saw more Klimt when we snuck into the Secession building, which also featured a contemporary art display dominated by giant phalluses, and again at the Leopold in the Museums Quarter.

We also saw an excellent exhibition dedicated to Matisse and the Fauvism movement, hosted at the Albertina, but it was not just the big-name artists that proved memorable. The Leopold, for example, had an extensive retrospective of Oskar Kokoschka’s artwork, which was unfamiliar to us prior to this trip. His turbulent portraits and explosive cityscapes, bursting with life and color, were almost as interesting as his life, which spanned nearly a hundred years. In his youth, Kokoschka had a tempestuous love affair with the wife of composer Gustav Mahler, and plunged into such despair when she broke off their relations that he volunteered to serve on the frontline in WWI. Somehow he survived, despite getting both stabbed and shot in the head. After recuperating, he commissioned a life-sized doll of Alma Mahler that he carried everywhere for several years before finally destroying it because it did not live up to the memories of his muse.

We had come to Austria to celebrate Thanksgiving in large part because we both had close friends in Vienna. D’s best friend from grad school is Austrian, and he put us up in his mother’s apartment, which was vacant because she spends most of the year in Istanbul. S, meanwhile, was able to organize a mini study abroad reunion. Her last year of high school, S spent a semester in Costa Rica, where she befriended an Austrian girl whose host mother was the sister of S’s host mom. S’s Costa Rican host sister is now living in Spain and she also flew to Vienna to spend the long weekend with us.

While spending time with close friends and eating more food than is medically advisable is definitely in keeping with the Thanksgiving spirit, it was another holiday that dominated our visit to Vienna. The snowflakes that briefly fluttered from the sky our first day in Vienna confirmed that Christmas season was already upon us, even if the actual holiday was still a month away. Dating all the way to the Middle Ages, Vienna has always been known for its Christmas markets, and we paid a visit to several, snacking on roasted chestnuts and sipping gluhwein and hot punch while admiring the artisanal handicrafts on display. 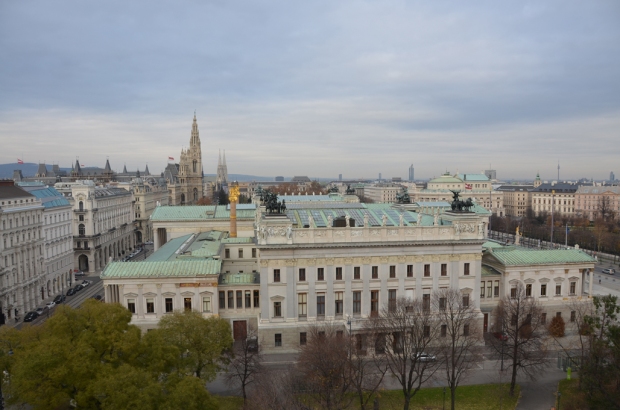 Our Viennese friends encouraged us to return and visit them again next summer so that we could experience the city at its grandest. And while travel for us is about to become a lot more complicated, the idea holds a lot of appeal. Despite being on Europe’s doorstep, Moldova does not in fact make a convenient launching pad for exploring the Old Continent. Vienna, however, would make a great home base for visiting much of Central Europe.