Go to a really good punk show, and for a few days afterwards the 9-to-5 life will seem a bit faded and toned down.

Even before we left Kenya, D was making a list of possible concerts we might attend this summer. He checked the cities we’d visit on our home leave — New York, Boston, Chicago — but mostly focused on Washington DC, where we’d be spending close to two months. For most of the shows, he simply made a mental note and compiled a list. A handful of concerts, however, got him so excited that he ordered tickets from Kenya.

Rancid’s twentieth anniversary tour fell into the latter category. The last time D saw Rancid was ten years ago. The time before that was in high school. They played a sold out show at the 3,500-person Roseland Ballroom in New York, and it felt like there were at least another thousand fans crammed into the venue above capacity. The mosh pit was so intense that people were actually going nuts and jumping up and down on the couches that lined one of Roseland’s walls.

Last week’s show was also sold out, a steady stream of tattooed and pierced punks in tattered concert t-shirts filing into the Fillmore in Silver Spring, MD. But there was also a decently large contingent of middle-aged men — those who were raised on punk rock and then grew up, trading their jeans and boots for slacks and loafers. Best of all was seeing a kid, eight or nine years old, sporting a purple mohawk, sitting on his dad’s shoulders and rocking out to the ecstatically fast-paced music.

It was difficult to concentrate in class the next day, and not just because D’s ears still rang with the thumping bass and rapid-fire lyrics of Rancid’s greatest hits. After spending the night glued to the railing, screaming out lyrics that somehow popped right to the tip of the tongue after hiding in some dark recess of the brain for a decade, listening to lectures all day felt somewhat bland. 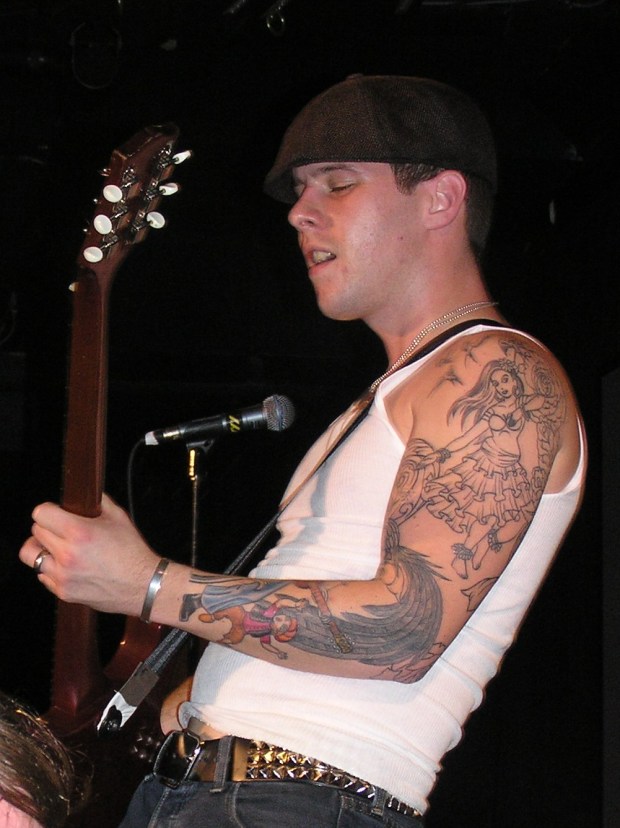 Moldova’s music scene is likely to be on par with Kenya’s, offering few, if any, opportunities for punk or ska concerts, so we’re trying to get our fill this summer. D has already been to a couple of shows, and we have tickets for nine more before we pack up and move to Eastern Europe.

The Rancid photo is from the band’s FB page, courtesy of Joy Asico.