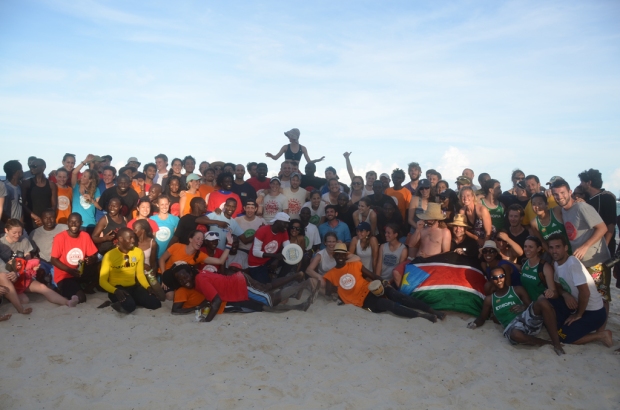 Even so, this year’s FEAST — the Frisbee East Africa Sand Tournament — almost did not happen at all. With Easter falling early this year and the uncertainly surrounding Kenya’s March election looming like a dark cloud, many people did not want to commit to FEAST V. We debated the pros and cons before the Christmas holidays and, fortunately, those of us who optimistically predicted a peaceful election carried the day. Still, it wasn’t until the election had passed that many of the non-Kenyan teams confirmed their participation. 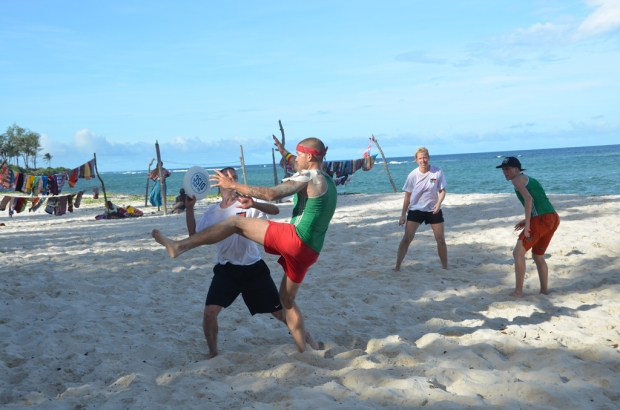 Considering the last-minute registration, the fact that this year’s turnout exceeded last year’s is truly amazing. In addition to the five Kenyan teams, we had two teams from Uganda, two from Tanzania, one from South Sudan, one from Ethiopia, and a mixed team of players who work for an NGO throughout East Africa. 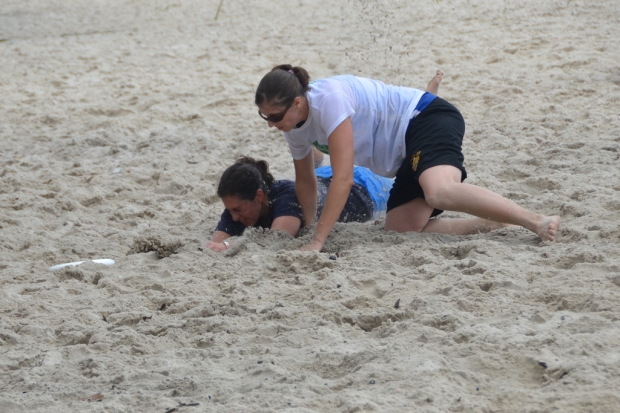 One of our biggest regrets has long been the fact that few Kenyans come to our pick-up games. Although we sent three Nairobi teams each of the last two years, there were only a handful of Kenyans on the three teams. This year, however, we fundraised and were able to collect enough contributions to bring an all-Kenyan team from the Nairobi Teachers College.

We also had so many players that we briefly considered fielding four teams. However, when the Peace Corps Volunteers pulled out of the tournament, leaving us with 13 teams, we collapsed back down to three Nairobi teams, loaning out late registrants to other teams that were short-handed. 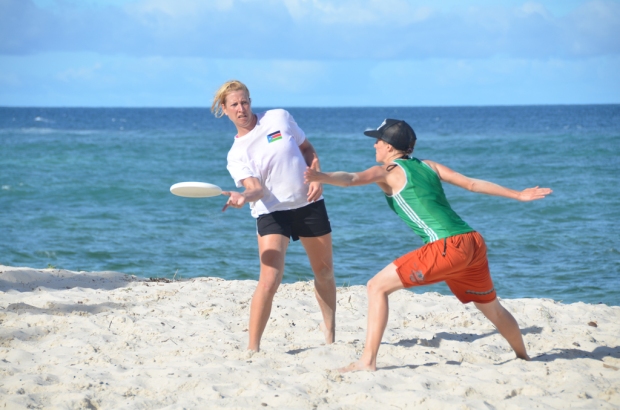 The other big change from last year was in how we split up the teams. In previous years, we had placed an emphasis on parity, fielding evenly-matched teams that were not competitive against the better teams from other countries. This year we agreed to make two evenly matched competitive teams and one fun team. Whereas last year we were content to sip beer on the sidelines after losing in our first elimination game, this year our team won seven straight games before falling in the final to one of the Ugandan teams 9-10. 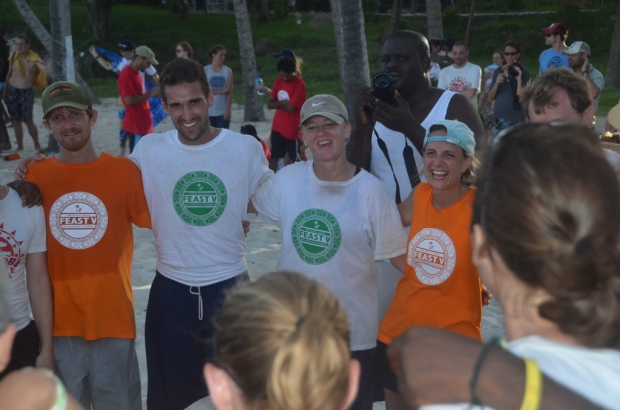 The most important change from last year’s tournament was the higher level of sportsmanship. Ultimate is unique among competitive sports in that it is self-officiating, even at the most competitive levels. Not only are players expected to make their own calls, but they are also expected to resolve their own disputes, and admit when they are wrong, including taking back bad calls made in the heat of the moment. This governing principle, known as the Spirit of the Game, is the hardest aspect of Ultimate to teach. It is also the most important. When played with Spirit, Ultimate is at its best – both in terms of competitiveness and also fun – and FEAST V was one of the more fun tournaments we’ve played.

What makes Ultimate awesome is that you can push yourself to the limit competing against your opponent, and after the game is over you hug, share a few laughs about the game, and go enjoy a beer together.